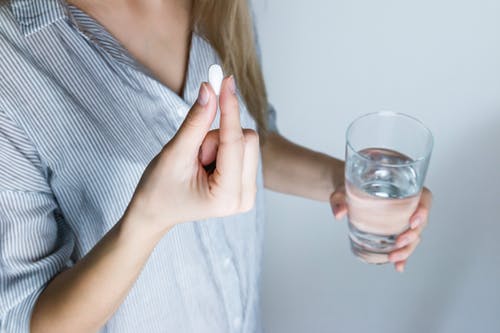 I’m currently studying heartburn/indigestion symptoms with regard to the over-prescribing of stomach-acid-lowering medications, especially the proton pump inhibitors such as omeprazole – and have concluded that around 70 per cent of patients on the stomach-acid-lowering medication Losec (and similar drugs) should be on the opposite i.e. stomach acid.

Understanding the root cause of patients’ symptoms helps us to treat them more effectively, rather than simply masking the problem with medications.

The causes of heartburn/indigestion are multiple and include:

Whilst there are many root causes, they all lead to food remaining poorly digested in the stomach for longer than is ideal. This, along with sub-optimal stomach acidity, means the pyloric sphincter doesn’t get a strong signal to open and release the food into the next stage of the gastrointestinal tract.

The stomach contents can’t sit there forever, so the only other option is for the lower oesophageal sphincter to open to allow the food to reflux, along with some stomach acid, up into the oesophagus. This is then misdiagnosed, in the majority of cases, as excess stomach acid when, in fact, this reflux is a compensatory mechanism.

Because of a combination of factors, including not having the time to comprehensively investigate the root causes, health professionals then prescribe acid-lowering medications. This, of course, further exacerbates the problem, as the patients whose symptoms are caused by too little stomach acid (the majority) now have even less stomach acid.

The only reason these acid-lowering medications alleviate symptoms is because when reflux occurs, for the reasons above, the stomach contents isn’t as acidic and irritating to the oesophagus. This is not treating the root cause.

Proton pump inhibitor, acid-lowering medications are indicated for long-term use in fewer patients than are currently prescribed them. Judicious prescribing suggests that, for most patients, they should only be used short-term – ideally for around two weeks – but at most three months.

Most patients I see in my integrative medicine practice have been inappropriately prescribed acid-lowering medications for years by their well-meaning GPs. Two of the potential dangers in lowering stomach acid even further are nutrient deficiencies and fatigue, because of the effect of proton pump inhibitors on mitochondria.

My message to health professionals is this: search your heart and make a choice. Do you want to continue to be the ambulance at the bottom of the cliff and hand out acid-lowering medications to the majority who don’t need them, or do you want to help your patients get to the root cause of their symptoms? The difference you can make by being the ambulance at the top of the cliff is tremendous.

You have a choice.