Nutrition is core to health 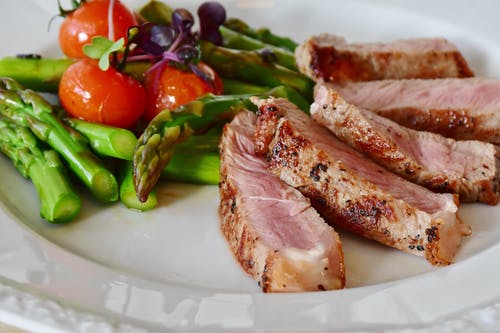 Nutrition is core to health

“It’s time we recognised that food and nutrition are core to health”. These are the words of the great Editor-in-Chief of the British Medical Journal, Dr Fiona Godley. A clear indication that nutrition is reaching the consciousness of conventional medicine.

Also promising is the publication in 2017 of a paper by a coalition of leading physicians from the USA titled “Lifestyle medicine: a brief review of its dramatic impact on health and survival” (Bodai). They concluded that more than 80% of chronic conditions could be avoided through the adoption of healthy lifestyle recommendations. In addition, they went further and stated that “by ignoring the root causes of disease and neglecting to prioritize lifestyle measures for prevention, the medical community is placing people at harm”.

Additionally, the 2018 Global Burden of Diseases Study reported that nutrition was the number one risk factor for morbidity on the planet (GBD Study). This is the largest and most rigorous analysis of global health ever performed.

Despite this growing recognition by conventional medicine of the role of nutrition in health, it is still, unintentionally ignoring the message in the Hippocratic Oath of not ‘harming’ our patients.  When conventional medicine practitioners prescribe medications without addressing their patients’ nutritional status, they are unintentionally doing ‘harm’.  This unfortunate scenario results from a multitude of factors in mainstream medicine:

Subconsciously or consciously most practitioners know nutrition is important and yet many (mostly) continue to make nutrition a last-minute add on to patient management plans due to the factors above.  If we take a moment to think back and dust off our knowledge of biochemical pathways, it’s pretty obvious that sub-optimal nutrition (along with the chemical soup that we now live in) is significantly responsible for the massive epidemic of chronic disease that we are drowning in.  This epidemic is not caused by deficiencies in medications, e.g Prozac.

Nutrient RDI’s are designed to prevent nutritional deficiencies, not to ensure patients have optimal health.  Regarding nutrient testing, the evidence for vitamin D and its role in preventing cancer, alleviating depression and boosting immune function is solid. However, GP’s are discouraged from requesting this test unless patients have specific conditions like osteoporosis.

I understand that we have to save healthcare costs in order to delay the collapse of healthcare systems, but the savings need to come from reducing prescribing; in-patient costs; and operation costs.  Our healthcare budget could be better targeted, for example, at detecting and treating hormonal and metabolic imbalances, nutritional deficiencies, hidden infections, environmental toxins and chemicals, and food or other allergies.

The tide is turning thanks to the growing number of medical bodies such as The Australasian College of Nutritional and Environmental Medicine (ACNEM), addressing preventive healthcare.  Conventional medicine may also slowly be getting on board, as evidenced by the British Medical Journal launching a new journal in June 2018 titled ‘The Science and Politics of Nutrition’.  Will you join the revolution and help your patients achieve real changes in their health?